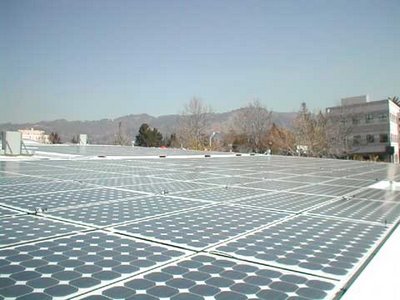 Dallas, Texas 03/05/2014 (FINANCIALSTRENDS) – Sunedison Inc (NYSE:SUNE) announced on 3rd March that it had decided to postpone the filing of its quarter report on the basis of recommendation by its auditors that it is advisable to push the dates of quarter results announcement out due to the paucity of time in reconciling and auditing certain aspects of the firm’s financial transactions arising out of the company entering into a new credit agreement dated 28th February 2014.

The management team has been reported to be working with the audit teams to have access to the now in force credit agreement in order to allow the auditors more time to finish the audit of the credit facilities of the firm.

The credit agreement was entered into was between Sunedison Inc (NYSE:SUNE) and Deutsche Bank AG (DB) as per which the solar power infrastructure provider would be able to expand its operations across the nascent market of U.K. From the terms of the agreement, one was given to understand that the funds generated from the financing deal, would be used to construct a new 5 megawatt solar power generating plant in addition to the four new projects which are already identified.

It is worthwhile to note that in the run up to the results announcement, Morgan Stanley had upgraded the stock to an overweight and increased the price target of $24. In the last week of February, FBR capital and Needham had recommended Outperform and Buy rating respectively and had raised the price target on the stock to $20. The Morgan Stanley analyst indicated to his clients in his analyst note that “We estimate that the commercial-scale solar market could be as large as 129GW in 2018, assuming that the investment tax credit (ITC) goes to 0% and utilities nationwide implement fixed charges on solar customers.”