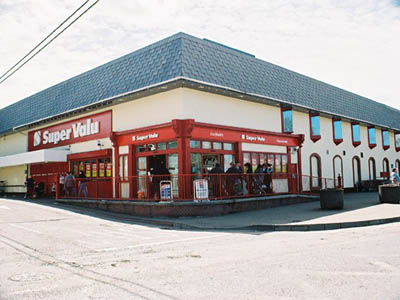 Dallas, Texas 10/11/2013 (Financialstrend) – The Minnesota based grocery retail and wholesale player SUPERVALU INC. (NYSE:SVU) announced on October 10 that its third quarter earnings report will be out on October 17. Share holders of this stock would be hoping that irrespective of the results, SVU shares should appreciate on the lines of its competition Safeway Inc.

On October 10, one of North America’s larger supermarket company Safeway Inc. (NYSE:SWY) announced its 3Q results. The results were mixed with analyst estimations being missed by substantive margins. It’s earnings per share of $0.1 was well below the $0.16 per share estimated by the street. On the contrary, it just about managed to notch up sales of $8.6 billion as against analyst estimate of $8.5 billion. In spite of the watered down performance, the stock of SVU posted an impressive 5.3% appreciation in value post the earnings announcement.

SVU has a market cap of close to $1.97 billion and employs close to 35000 workers. It has accumulated close to $350 million in net loss during operations in the past 12 months. It has been facing pressure to grow its sales volumes over the past couple of quarters. In its previous quarter for which results were announced in August, the grocery player had posted a 1.5% dip in sales. This was on a quarter on quarter compare. Its earnings per share had plummeted by a staggering 437% for the same period.

During trading on October 10, the stock appreciated by 3.22% to end $8.01 per share.It boasts of annual sales which total up to $17.02 billion from operations spread across the United States. It operates close to 3,420 stores. Of these 1,900 are company owned while 957 stores operate as franchises. A total of 191 traditional retail grocery stores are also part of the company selling outlets.