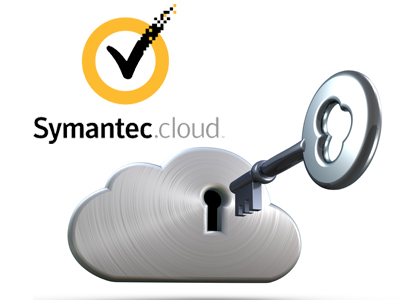 Software security major Symantec Corporation (NASDAQ:SYMC) is reportedly mulling over the sale of its information management business to a private equity firm Carlyle Group LP. The so-called Veritas data-storage business will be hived off for $7billion-$8 billion.

However, there is no confirmation yet from Symantec about the rumors of sale of Veritas’ division. Symantec reiterated that the plan to divide its unit to a separate company is definitely on the cards.

U.S. stock market has reacted positively to the news of Symantec’s sale plans and the company’s shares went up sharply by as much 1.6 percent in New York. If the deal gets fructified, it would be the largest private-equity acquisition of U.S. assets. The previous biggest transaction was done in 2011 when Blackstone Group LP bought Centro Properties Group’s U.S. shopping malls for nearly $9.4 billion.

It is for quite some time Symantec is said to be looking for buyers for data storage and recovery business and has approached EMC, NetApp, and other private equity firms for a potential deal. Since splitting the company carries the risk of facing tax burden, many potential buyers have shown reluctance to enter the acquisition deal.

Veritas that was acquired by Symatec in 2005 for a whopping $13 billion creates cash flow and has limited revenue growth. The fact that Symantec is compelled to discard Veritas for a loss says it all.

To be able to shape it into a profitable company requires termination of employees and closing down product lines, an anonymous person belonging to Symantec.

The company will be divided into two entities and the process of separating Veritas from Symantec will be over by January, 2016.

Originally, Symantec Corporation (NASDAQ:SYMC) was thinking in terms of branching out the unit as an exclusively traded company towards the end of the year if it didn’t succeeding in finding a buyer. In October last year, Symantec said it would break its unit into two divisions, detaching its storage from security businesses.

The planned division of unit is a tax-free transaction and it is a viable proportion for the company in case the sale does not take off by any reasons.

The California-based firm has built a market capitalization worth $15.5. Symantec’s data-storage business segment is not doing that well in recent times as its revenue in the current fiscal year that ended on April 3, showed a 2 percent rise to touch $2.26 billion. But, its operating income dipped by 15 percent to remain at $486 million. Presumably, tiny competitors like CommVault have penetrated well into the information management market, eroding Symantec’s market share in the process.