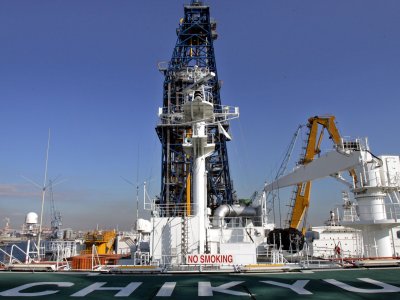 Dallas, Texas 12/16/2014 (FINANCIALSTRENDS) – Talisman Energy Inc. (USA) (NYSE:TLM) surged more than 20% in the early trade as the company confirmed the speculations over its buyout talks Repsol SA. The company said in an official statement that it was approached by several parties with different proposals. However, it is currently pursuing talks with the Spanish company.

Repsol offered to acquire all of the Talisman shares in a deal valued at $13 billion, including $4.7 billion of Talisman debt. Talisman’s market capitalization is approximately $4.54 billion whereas that of Repsol SA (ADR) (OTCMKTS:REPYY) is $26.54 billion.

Earlier, Bloomberg reported that both the companies have revived talks to discuss possible options that could mull sale of whole or a part of the company. The report also highlighted Talisman’s falling valuation as one of the hurdles to a deal.

Repsol first approached Talisman Energy Inc. (USA) (NYSE:TLM) in July 2014 and at that time Talisman’s market capitalization was nearly $10.2 billion. Talisman is Canada’s fifth largest petroleum producer. However, the talks broke down over the company’s North Sea assets which have so far failed to deliver as per the production targets. Lower than expected productions also triggered step fall in Talisman’s stock prices.

In another report, Reuters told that Repsol has sent its executives to Calgary to step up talks and finalize an offer for Talisman.

Talisman Energy Inc. (USA) (NYSE:TLM)’s third quarter 2014 net income surged to $425 million from a net loss of $54 million in the prior year quarter. The company’s total average daily production increased to 353,000 boe, mainly due to increase in North American production of both oil and liquids and gas combined with increased oil production in Colombia.

Talisman reported flat production from ongoing operations in Southeast Asia while production in Norway increased 38% due to prior year turnaround activity. The company reported average sales price of $87.02 per barrel in 3Q14 compared to $97.04 in 3Q13.