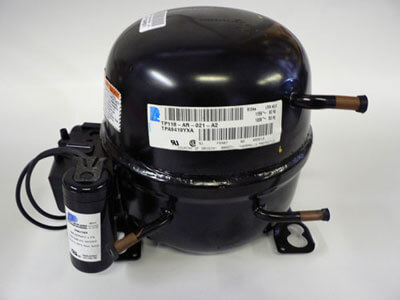 Dallas, Texas 12/24/2014 (FINANCIALSTRENDS) – Tecumseh Products Company (NASDAQ:TECU) recently unveiled a new sales and marketing structure for Brazil and Latin America in line with its growth strategy in that region. The new team will be responsible for promoting the latest generation of hermetic compressors and condensing units throughout the region.

The announcement builds on the company’s execution of a new sales and marketing structure for its Europe and Africa region. In October, the announced that the new sales team will continued to work under the leadership of HVACR industry veteran, Francois Masse.

Tecumseh Products experienced a great momentum yesterday with 1.13 million shares changing hands compared to its average trading volume of 84,290 shares. The stock surged as high as $5.49 on Tuesday, before closing at $3.73, up 27% from Monday’s close.

Tecumseh Products Company (NASDAQ:TECU) announced couple of promotion in its Latin American Leadership, including that of Mr. José Celso Lunardeli Furchi as the company’s VP of Sales in Latin America. Mr. Furchi has been with the company for nearly two decades and has worked in various engineering, sales and marketing positions. He will be responsible for overlooking sales of Refrigerator/Freezer, Commercial Refrigeration and Air Conditioning segments within the region.

In addition, the company also promoted Homero Cremm Busnelo as Marketing Director for Latin America. He has been with the company since 1999 and has served in several technical and marketing roles, including the role of global product manager. He will be overlooking all marketing activities required to support and grow the company’s business initiatives in Latin America.

The company announced that Masse will report directly to Bill Merritt, VP of Global Sales and Marketing; whereas Charbonnier will report to Mr. Keith Gifford, Director of Global Marketing.