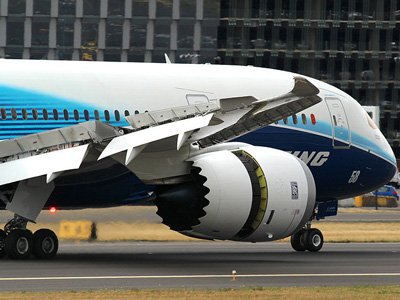 Dallas, Texas 07/22/2013 (Financialstrend) – The stocks of The Boeing Company (NYSE:BA), on July 19, 2013 closed at $106.96, closing in on 52 weeks high of $108.15. The rise in the prices were contributed somehow by the incident occurred on July 6, 2013 in San Francisco. The company experts noted that the death toll of 3 could be much higher but for the robust design of its 777 Boeing. The tragedy was due to pilot’s mistake. The stock went up the next day on release of expert’s opinion.

Boeing still faces a few hiccups. A Japan airplane had to return to its departure en route Tokyo, showing a mechanical indicator alert. The airplane spokesperson told it wasn’t an emergency call but a “standard precautionary measure”. The incident is said to not being connected to its troubled Li-Ion battery that prolonged the grounding of the plane last year.

Boeing also faces a cautious investors outlook, in light of ongoing probe of fire occurred in the parked Ethiopian Airline’s Dreamliner Boeing 787, on July 12. The indications are that the fire occurred from the emergency beacon, known as ELT, produced by the Honeywell.

The woes come from the stiff competition from Airbus as well. The first test flights of A350 being successful, contributing to the significant fall in share prices it faced in mid-June. A350, a wide-body jet is a launch by Airbus to compete with Boeings 787s and 777s. The Boeing rival recently also celebrated 1000th delivery of A330 raising targets of aircrafts to more than 1000 this year.

In spite of the current news, the analysts kept a strong buy recommendation for BA. The plans for refreshing its 777 families and expansion of Dreamliner by end of 2014 are under way. Boeing is also boosting of 930 orders for Dreamliners compared to 678 orders of A350s.