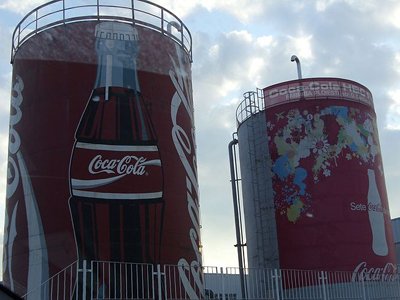 Dallas, Texas 12/16/2013 (FINANCIALSTRENDS) – The Coca-Cola Company (NYSE:KO) will be undergoing a shakeup in its operating process, as it declared that it is splitting its North American biz into two sections over the weekend.

As per reports, the split is directed at returning the firm, which is having its base in Atlanta, to a “customary franchise model.” Starting on New Year’s Day, two separate units called Coca-Cola North America and Coca-Cola Refreshments that will look after the bottling processes will be created.

By coming back to such an arrangement, the well known company will again function under a biz model in which the soda concentrate manufacturer and the bottler are separate divisions.

The news also comes as part of Coca-Cola’s effort to refurbish the firm amid falling soda sales and additional attention from users on the less fizzy stuff. In 2013, Coca-Cola’s scrip made just 8.7% as against Pepsi’s 18%.

Besides introducing additional non-soda drinks to ease the concern, Kent added in his declaration that the North American division would also permit the company to “strengthen concentration on major markets, streamline reporting lines and offer flexibility to regulate the biz within these geographies in the coming time.”

The Coca-Cola Company (NYSE:KO) has appointed a new group tax lawyer after the incumbent announced his retirement.

Robert Jordan will succeed William Hawkins, who leaves in March after 15 years with the company, as the group’s general tax counsel, Coca-Cola said yesterday (12 December). Hawkins, 57, joined in the year 1998 as a leading tax counsel working with North America as well as Western Europe.

In a further move, Robert, who is presently deputy tax counsel, was yesterday elected by Coca-Cola’s panel to VP. Chief information officer Ed Steinike was also nominated as senior VP.

Steinike become part of the company as chief technology officer in the year 2002 and returned during 2010 after a spell as chief information officer at ING Insurance. Jordan became part of Coca-Cola in the year 1994.