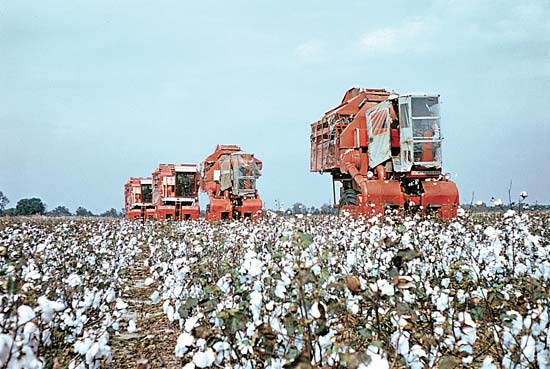 The droughts in the southern great plains and the rally that has been going on since the last 4 years, is now forcing the farm business owners to reconsider their production methods. In other words, the farmers are forced to think about going for other crops. The planting has been totaled to be around 11 million, which is one million more than what had been forecasted from the side of the analysts. The prices are also now up by nearly 37 % and is also heading towards a 5th monthly gain. A farmer, Sandy McGee said that the surge in the prices is the reason for which she had been forced back to plant cotton. For those who do not about the role of the US in terms of the cotton business, it is imperative to mention that the country is the largest exporter of cotton. The prices of corn and the December grains also not appear to be promising at all.

The government had also said that the cotton prices would be falling for around 19 % in the year 2013, but there is always the element of possibility that the opposite might happen. Through the improvement of the economy through other sectors and the rise in the business outlooks, the cotton business sectors would also come to grow. The role of the cotton industry in terms of the business and economical dynamics in the United States can never be undermined. At the same time, the droughts in the Great Plains are making things worse for the farmers in those regions. Moreover, the growers in the Texas regions need to plant cotton in the mid of May, in order to be eligible for the crop insurance policies according to the Plains Cotton Growers Inc.

Another farmer, Brad Heffington said that the people have no idea about the severity of the droughts in these regions. He owns around 5700 acres of land, out of which he had planned to use 1500 for the purpose of growing corn together with sorghum for this year. But he now he plans to use only 750 because of the drought in the region. Cotton does not demand a high amount of rainfall, but grains do. So it is clear that the levels of rainfall are going to determine the progress of the farming businesses in the United States. Not to forget that the agricultural and poultry sectors do play an important role in the overall economy of the region.