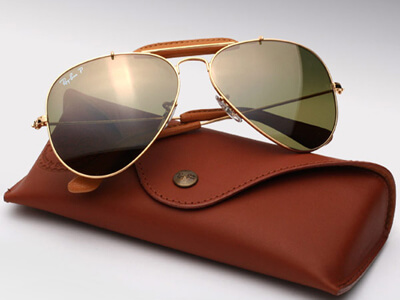 Dallas, Texas 09/02/2014 (FINANCIALSTRENDS)  – Luxottica Group SpA (ADR) (NYSE:LUX) a name not very popularly associated as the makers of leading brands such as RayBan or Oakley has another notch up its sleeve. It is now forged a lucrative deal with Google Glass to make the Google Glass Eyewear.

Luxottica Group which singly-owns every second brand of the premium glasses market is known to be have an interest in wearable internet eyeglasses for some time now, even as it manages over 12.4% of the global market share for sunglasses in 2012.

The move to work with Glass was the result of a deal with health insurance service provider VSP.

But the tie-up had a more interesting turnout at the top-level.

The change of guard was inevitable say many as Guerra’s operational and strategies were definitely not in line with the overall policies of Luxottica Group SpA (ADR)(NYSE:LUX) going into the future.

Del Vecchio, the founder, returned to helm the business as it ventures into new unchartered territory of wearable internet glasses.

Though the reason for Vecchio return is attributed to the company’s succession plans for his children, the Google Glass deal, did bring the differences in Guerra’s operations to the forefront, say experts.

Luxottica Group SpA (ADR)(NYSE:LUX) ex-CEO Guerra and founder Vecchio’s tussle had been long drawn as the former did not conform with the latter’s overall strategy and mission.

As things came to a head by the end of working week in August, Monday saw the exit and the appointment of Vecchio as the new CEO.

With Vecchio, back at the helm, it will now not be long before Google Glass becomes as mundane as  a RayBan or a Oakley!