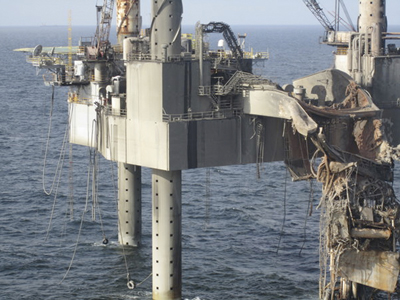 Dallas, Texas 12/03/2013 (Financialstrend) – One of the most popular and independent oil and natural gas production and exploration company Dejour Energy Inc (USA) (NYSEMKT:DEJ) has released its operating and financial results for the 3rd Quarter and for the entire 9months that ended on September 30, 2013.

As you all know that the company is operating in North America region in Piceance Basin and Peace River Arch regions. All of its financial and operational results are also available on its official website that is www.dejour.com. The president of the company also announced that the company has drilled four wells in the eastern portion at the Piceance Basin in Colorado.

The financial and operational statements reported an 71% increase in the overall production and there is an 33% increase in the gross revenue and the revenues for the 3rd quarter grew by 55%. All these increase happened only because of the higher average prices and increase in the gas production. There was a loss of $4.6 million during the third quarter of 2013 and it all happened due to non-cash expense such as depletion, amortization, stock based compensations and impairment losses.

The letter received by the NYSE

The company’s spokesperson also told that Dejour Energy Inc (USA) (NYSEMKT:DEJ) has received a letter from the NYSE over the non-compliance with the three NYSE MKT stock exchanges minimum listing requirements. As per the letter the NYSE wants the company to submit a plan of compliance for all the issues raised one by one. For the first issue the deadline for compliance submission is 23rd December 2013, for the 2nd issue the deadline is 22nd May 2015 and for the 3rd issue the deadline that has been set is 4th April 2014.

Company has released a press note and has said that it will submit all the compliance letters at the proper time.