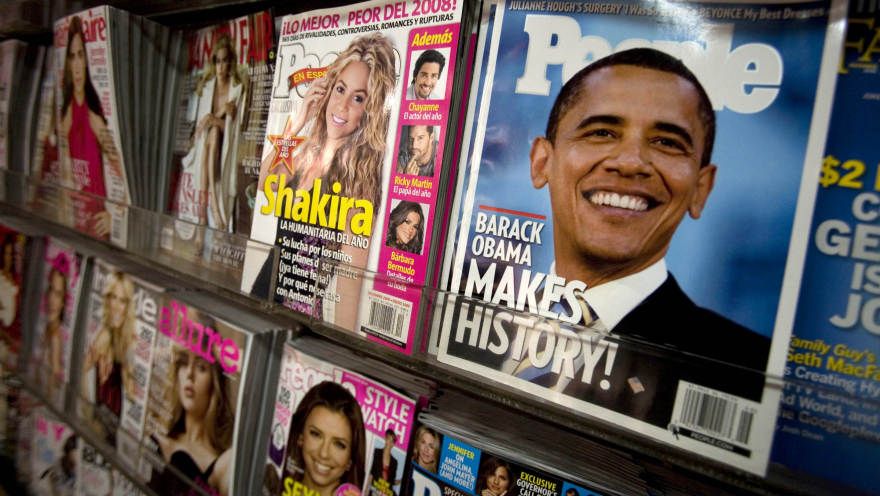 Time Warner announced today that they are currently in the talks to sell several of their magazines to Meredith Company, one of the media giants if the United States that mainly specializes in women publications. Most of Time Warner’s other magazine units are also for sale such as People and In style according to a source.
According to the deal, the titles of the magazines will most likely be changed by the new company. However, Time Warner has decided to keep at least two of their most important magazines which are Time and Fortune. Time Warner also has other businesses such as CNN, film studios, and cable shows. The company decided to take this decision because they are currently in the process of decreasing the exposure of their magazine business. The company’s profit y also decreased by 7% last year because of the decrease in demand of advertising and subscriptions.
During the last quarter, the company ended up losing around 4% of their overall market share. On the other hand, this is obviously a big opportunity for Meredith Company to purchase popular national titles that are competent with their work. For them, this is even better than purchasing a business that has nothing to do with their publications or books. For example, people magazine is still getting subscribers who are willing to pay $100 per year just to purchase and receive the magazine. People magazine is definitely one of the highest profitable parts of the deal as its profit reached around $4 million last year and this is very high for a magazine. It is obvious now that Time Warner isn’t the only company that is trying to trim their print products exposure.
Other companies is the United States such as New Corporation are doing the exact same thing and have announced yesterday that they are planning to implement serious changes to their publishing business. This is mainly due to many customers turning to the internet now to find out all the information and gossip they need. For example, there are various celeb gossip blogs on the internet right now that customers can access and find out everything they need without having to pay for a magazine that gets delivered to their home. This is definitely something that many publishing offline companies have been suffering from and competing with over the last ten years as the internet has become the number one source for finding out information.
*Past performance is not a predictor of future results. All investing involves risk of loss and individual investments may vary. The examples provided may not be representative of typical results. Your capital is at risk when you invest – you can lose some or all of your money. Never risk more than you can afford to lose.By submitting your information you agree to the terms of our Privacy Policy • Cancel Newsletter Any Time.This is a FREE service from Finacials Trend. Signing up for our FREE daily e-letter also entitles you to receive this report. We will NOT share your email address with anyone.