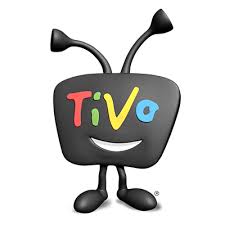 TiVo Inc. (NASDAQ:TIVO) stated that the company’s revenue in the third-quarter surged 12% on record subscribers’ additions and increased distribution deals, but profits offset by higher costs. For the current quarter, the company said that it will book a charge of nearly $11 million related to the previously reported exit of its chief executive officer, who will continue to serve as Chairman of TiVo’s board.

TiVo Inc. (NASDAQ:TIVO) estimated this charge will push the company into net loss in the fourth quarter with revenue estimates in between $101 million and $104 million. Analysts had estimated profit of $9.1 million on revenue of $102.6 million. Shares of TiVo reacted negatively and declined more than 20% following the next quarter’s projection. Established in 1997, the company modernized the way T.V. is watched by presenting a digital video recorder, permittingaudiences to easily record programs, fast-forward and freeze through movies and shows, skip commercials and rewind.

To stay competitive, TiVo Inc. (NASDAQ:TIVO) finalized distribution deals with some of its competing video-streaming services and pay-TV carriers and developed technology that permits subscribers to take video off the traditional and web broadcast or cable channels. A couple of months ago, it launched its latest recorder known as the Bolt.TiVo, which makes a considerable amount of sales from patent settlement deals that stand to expire starting in 2018, has added cloud-based media offerings and expanded abroad.

In the latest period, TiVo Inc. (NASDAQ:TIVO) added nearly 429,000 subscriptions in the recently reported quarter, ending the period with over 6.5 million, up 26% from the same quarter a year-ago and 7% from the preceding quarter. Tom Rogers, the CEO stated that TiVo has over four million subscribers abroad, led by additions from Virgin Media and Vodafone Spain, and bolstered by a new agreement with Millicom in Latin America.