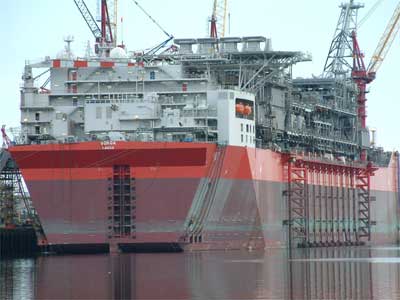 Latest reports state that Total SA (ADR) (NYSE: TOT) is not going ahead with the mining project in Joslyn.

The $11 billion project has been placed on hold due to an increase in costs. Managed by the Canadian arm of TOT, the site was expected to produce close to 100000 bitumen barrels in a day. Production was expected to begin in the year 2020. However, as per Andre’ Goffart, who is the CEO of the company’s Canadian branch stated that they were going to stop any and all activity on the site.

This could lead to around 150 staff being laid off by the end of 2014. As per him, some of them could be relocated to other units. This site was also the company’s first attempt at mining operations in the north of Alberta.

TOT had entered into a joint venture with Inpex Canada and Occidental Petroleum Corporation(NYSE:OXY) and Suncor Energy Inc. (USA) (NYSE:SU). The project had been approved in December 2011. All companies had been trying to keep cost down. However, they were not able to make much headway.

Mr Goffart stated that TOT did not have a timeline to restart the project. He said that worldwide inflation has seen the cost of oil rise while production levels have not increased but remained stable. The combination of these two factors was leading to a market that can be sustained in the short term.

The leases for the project in Joslyn were purchased in the year 2005.TOT owned a 39.2% stake in the project. Steve Williams the SU CEO had stated that the project’ economic sustainability was showing a downward trend in 2013. At the same time Total explored the option of increasing the project specifications by 50% in a bid to reverse the same . Goffart stated that the decision to place the project under suspension was unanimous among all the companies. He did not state if and when there would be a reconsideration at a future time.