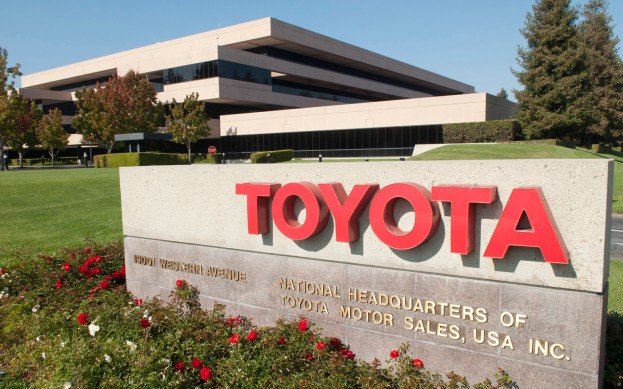 Toyota Camry has been the top-seller in the U.S. for over a decade now. However, the February sales figures revealed by Toyota came as a shock as the flagship sedan fell in sales by around 9.5% compare to the year ago. This was the biggest hit Toyota took in its sales growth in the past 16 months. Growth in sales tumbled by almost 50%.

According to analysts, the February results suggest the increasing competition for the manufacturer that was titled the No.1 automaker in the world for 2012. Toyota has a 22% market share in the U.S. in the mid-size car segment. Camry is increasingly facing tough competition from the revamped Ford Fusion and Nissan’s Altima. In addition, the two cars are being offered with higher discounts.

Last year, Camry beat the second car on the top-selling models by over 22%, and continued to maintain that lead until January this year. According to an analyst with Kelley Blue Book, Irvine, Camry would find it difficult to maintain its supremacy that was seen last year. If the Japanese automaker wants to maintain its top position, it would have to work with its discount offers.

According to a research firm, prices of Toyota’s lineup were almost 6% higher compared to the same month last year. This is the biggest growth any chief automaker has seen. While the average growth rate for the industry has been at around 1.2%.

Toyota seems to be moving in the direction of offering incentives, as they came out with a no-interest finance offer on the Camry, just the last week. However, the hybrid variant is not included in this incentive offer. However, analysts and research firms are considering whether Toyota would be cutting more out of its margins to retain its dominance in the U.S. market.

Among the top 4 midsize sedans for February, Toyota Camry was at the second spot from below in terms of offering incentives. While Camry was offered with incentives worth $1,500, Nissan Altima came with an additional $260 and Ford Fusion with an extra $600 and more.

The Accord 2013, the No.2 midsize sedan has also been revamped by Honda and is offered with an incentive of over $560.

The pricing limitations followed by Toyota are providing benefits to Honda. While Toyota Camry took a dip, Honda Accord’s sales grew by over 35% last month. A couple of months ago, Camry was just 2,000 units ahead of the Accord, while Honda Civic had outsold Toyota’s flagship midsize sedan by becoming the top seller.

Ford’s Fusions comes as a refurbished model and the sedan recorded a growth of over 28%. However, the figures for Nissan Altima fell by around 16%. Altima is the 3rd highest selling midsize car.