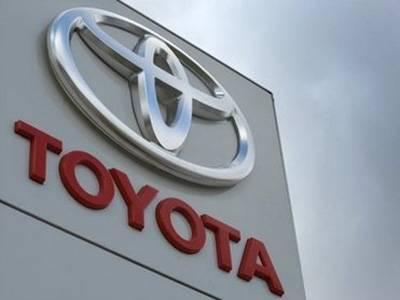 Dallas, Texas 06/03/2015 (Financialstrend) – Toyota Motor Corp (ADR) (NYSE:TM) and Ford Motor Company (NYSE:F) have joined hands as they move to take full control of their car’s dashboards. As part of a newly announced partnership, Toyota is to implement Ford’s SmartDeviceLink (SDL) technology in its future cars.  The partnership is seen in the industry as a move to shun Apple Inc. (NASDAQ:AAPL) and Google Inc (NASDAQ:GOOGL) technologies that are reportedly targeting the industry.

The partnership will see Toyota Motor Corp (ADR) (NYSE:TM) integrating smartphone applications into its car to block chances of Apple’s CarPlay or Google’s Android Auto dictating the future of in-car entertainment.  Cars Dashboards are set to be the next battleground in future as automakers look for ways to entice younger customers that are demanding extras on the rides they wish to buy.

It is not the first time that the two automakers have partnered. Back in 2011 Ford and Toyota Motor Corp (ADR) (NYSE:TM) partnered on Telematics as they continue to cement their working relationship.

A recently released forecast indicates that automakers may sell up to 31 million cars with Apple’s Car Play and 37 million with Android Auto by 2020. It is a space that is growing at a tremendous pace as the systems can be integrated into cars as quickly as possible and made to operate with the use of Bluetooth and auxiliary-cord inputs.

Toyota’s cars currently run on a system called Entune but is ready to integrate SmartDeviceLink platform that allows smartphone users to operate their favorite apps on the cars large touch screen.  Toyota Motor Corp (ADR) (NYSE:TM) is not the only automaker that is embracing the new systems that link cars to smartphones through the usage of apps. Audi and Ferrari are also offering connectivity to CarPlay and Android Auto.

Ford has already confirmed that by 2016, its cars should be compatible with CarPlay and Android Auto as it moves to give car owners options to choose from in terms of in-car entertainment. Toyota Motor Corp (ADR) (NYSE:TM) does not feature on the list that will support Google’s Android Auto.