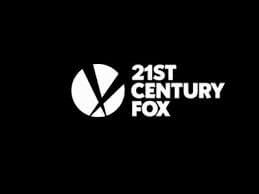 Dallas, Texas 05/014/2014 (FINANCIALSTRENDS) – Twenty-First Century Fox Inc (NASDAQ:FOXA) came out with a press statement on 12th May which clearly enunciated its current stand about the BSkyB saga. Its spokesperson has been quoted to have said that, “Over the years we’ve had numerous internal discussions regarding the organizational and ownership structure of the European Sky-branded satellite platforms. From time to time these conversations have included BSkyB; however no agreement between the parties has ever been reached.”

On the back of these assertions, the stock of this media house posted a smart rally at the markets yesterday. It is interesting to note that, on its part, the British Sky Broadcasting company has also gone on record to confirm its parleys with Twenty-First Century Fox Inc (NASDAQ:FOXA) management to buy out their controlling interest in Pay TV properties in Europe’s biggest markets of German and Italy.

These re-org moves by Twenty-First Century Fox Inc (NASDAQ:FOXA) are being pursued even as the struggling network has gone for a complete revamp of its programming to retain its viewership and head off competition. As part of the program revamp, the network has decided to bite the bullet and cut the popular and long running “American Idol” program to just one night going forward for several weeks starting next spring. It has also lined up an impressive 11 new serials over the next 12 months to attract younger viewers.

It has also taken a decision to rework its long running Sunday programming structure by pencilling in hot favourite “Brooklyn Nine Nine” and has completely redesigned its Tuesday night prime time slots by bringing in a new reality based show which is expected to draw in new audience. This show it titled Utopia and will be aired twice every week.  American Idol will be replaced in due course by other programs like “Gotham”.