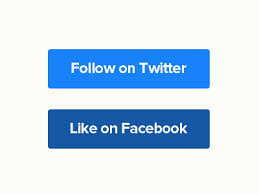 Dallas, Texas 12/02/2013 (Financialstrend) – It is quite plausible to imagine that sales folks from the “server to services IT giant International Business Machines Corp. (NYSE:IBM) would be receiving a cold shoulder when they turn up for their sales calls at micro blogging site Twitter Inc (NYSE:TWTR) over the next few weeks. It is more than likely that the micro blogging site’s IT staff would be still smarting under the unflattering findings from a survey commissioned by IBM to track the impact that social media adversing has had on retail sales during the past week in general and specific go “Black Friday” sales in particular.

In a report dated November 29, IBM has reported that as part of the survey, it found that only a jaw dropping 1% of users who were browsing popular social media platforms like Twitter Inc (NYSE:TWTR) and Facebook Inc (NASDAQ:FB), had progressed directly to any one of the more than 800 e-commerce sites during this year’s holiday sales period last week as per data that was collated by IBM. In plain words IBM report states that in the run up to the black Friday sales this year, off the billions of hits which landed on the e commerce sites, only one percent was tracked to shoppers who had directly navigated from online advertisements on Twitter Inc (NYSE:TWTR) or Facebook.

Dismal Findings Are An Encore from Last Year

Readers should note that this is the second sequential year that IBM had tracked the impact of social media advertising on retail sales. Unfortunately for Twitter Inc (NYSE:TWTR) last year too, IBM report had registered a troubling zero percentage of users moving on to e-commerce sites after browsing advertisements on Twitter.

The other social media players who would be finding the survey findings hard to swallow are networking site Facebook Inc (NASDAQ:FB), Pinterest and LinkedIn Corp (NYSE:LNKD) which have their business and revenue model intricately linked to advertisement spend on their sites by clients.

Stock Performance Over The Past 12 Months

Management at Twitter Inc (NYSE:TWTR) are probably still getting used to the fickle nature of the financial markets since the stock has shrunk in public value by close to 7.4% since its rather grand and impressive debut at the markets last month. In its existence as a public traded company for three weeks as of now, the stock has lost some of its sheen and has been sliding down from its pricing high point of $50.9 per share it had registered during its first few days of trading.  Its market cap has come down to $19.7 billion from the $22 billion it had garnered on the back of close to 70% premium the stock had commanded on its listing price during its first week of trading. As of close of business last week, the stock was trading at $41.57, which is 7% above its 52 week high price points.

In Other Related News

It is probably to protect and advance these kinds of attacks by its competitors and analysts alike on the effectiveness advertisements on its platform, it was announced last week that Twitter Inc (NYSE:TWTR) has tied up with software maker Wayin. As per the arrangement that Wayin has struck with sports group Denver Broncos, its software will trawl through the millions of Tweets which are being generated on the Twitter platform during the course of a game and choose key tweets and feed them to be aired on the in stadia screens. The associated corporate entities ( Twitter, Wayin, Denver Brocos) make money from highlighted paying brands on the big in-stadia screens when these chosen popular tweets are projected.