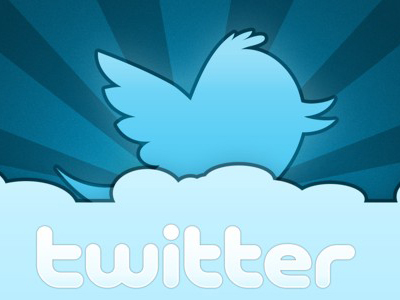 Dallas, Texas 12/12/2013 (FINANCIALSTRENDS) – Twitter Inc (NYSE:TWTR) is a global platform that is used for conversations and public self-expression in real time. This real-time platform can be used to create a Tweet. Any other Twitter user can follow that person. Every Tweet is limited to just 140 text characters, but can contain rich media, like videos, photos and applications. The Twitter Inc (NYSE:TWTR) offers Twitter apps that can be used on computers, tablets and  phones. It generates its advertising-revenue mainly via the sale of its 3 Promoted Products: 1) Promoted Tweets, 2) Promoted Accounts and 3) Promoted Trends.

The company has risen the most from the time its IPO reached a record close.  Investors have been showing a lot of interest in the company lately even as they expect the company to launch new advertising products. This will go a long way in spurring its  future sales growth. Twitter Inc (NYSE:TWTR) has been adding various new features that advertisers can use. It will give them the boost to reach the platform’s more than 230M users.

It was just last week, that the company expanded a tool that permits marketers to target the consumers who have shown an interest in their products. This is based exclusively on Web-browsing history.  These new offerings are doing a lot in justifying the company’s stock’s price say analysts. The projection is that the San Francisco company will not turn a profit any time until 2016. This projection is based on an average analyst estimate. Currently, the company’s stock is trading at around 25 times the projected-revenue for next year.

It is this very fact that makes the stock more expensive than its rival companies like Facebook that has a with a price-to-sales ratio of around 12 while LinkedIn trades at around 13X the estimated revenue. Twitter Inc (NYSE:TWTR) has risen by 89% since the IPO. At that time the share price was $26 per share.

Just as the company seeks to diversify in the services and products it offers its millions of users, it is also finally diversifying in the boardroom. The company faced a great deal of flak for lacking diversity and has very recently hired its first woman Board member. This development comes hardly a month in the wake of the company’s IPO. Marjorie Scardino, the former Chie Executive Officer of Pearson Plc  has now been appointed as a Twitter Inc (NYSE:TWTR) board member. She said that it is an exciting time in the history of the company and that she is happy to be a part of it.

Facebook had been somewhat in the same position with no female board member till the time it went public in 2012. Today, it has 2 female directors. And so, even as Twitter Inc (NYSE:TWTR) moves ahead, past the IPO excitement, it has begun investing in R&D and is outrunning the rest of the social media companies on that count. Al-in-all, this is a good development and will add to the value of a company that loves to tweet about everything that is happening in the world.