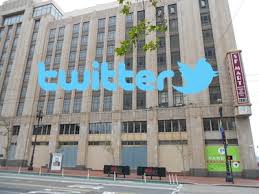 Dallas, Texas 05/014/2014 (FINANCIALSTRENDS) –Twitter Inc. (NYSE:TWTR)’s stock added 5.90% on Monday and seemed to be kick-starting the uptrend after losing close to 17% in the past one month time frame. However, again on Tuesday the stock was down 1.62% and closed at $33.39. The stock is down 44.82% year to date which does not compare well with its social media peers Facebook Inc. (NASDAQ:FB) which has gained 11.39% and LinkedIn Corp (NYSE:LNKD) which is very much following Twitter’s suite with 31.2% decline.

However, when we talk from the perspective of Relative Strength Index, TheStreet reports that Twitter’s RSI is around 20 which indicate sharply oversold status for the stock which is due for reversal. Comparatively, Facebook and LinkedIn’s RSI are at 45 levels which indicate neither of them is as oversold as the micro-blogging platform, Twitter’s stock. Even the stock of Twitter Inc. got an upgrade from an investment analyst at SunTrust from a “neutral” rating to a “buy” rating on the premise that Twitter’s continuing growth could allow it to better close the monetization gap on social media giant Facebook.

Motley Fool contributor, Joseph Gacinga preferred professional networking giant LinkedIn over micro-blogging platform Twitter Inc. (NYSE:TWTR) on the premise that LinkedIn is more likely to outshine Twitter and is therefore the better long term investment. Though it was acknowledged that Twitter share prices also suggest a potential growth opportunities in coming years but given its placement in the core U.S. market and international markets, it may find it difficult to maintain good growth down the line.