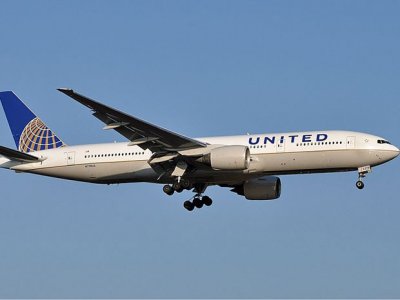 Dallas, Texas 07/16/2015 (Financialstrend) – United Continental Holdings Inc (NYSE:UAL), in perhaps a first of a kind move, has awarded hackers who discovered security issues in the carrier’s web offerings with ‘frequent flier miles.’ The awarding of miles as gifts to those hackers who helped find the gaps in security issues was confirmed by the airline as well. Over one million miles of award was issued, the airline tweeted to Reuters, the news agency. However, there were individuals who claimed that they were awarded smaller flying miles as awards.

United Continental Holdings Inc (NYSE:UAL) had introduced the ‘bug bounties’ program to engage hackers to uncover cyber risks. The whole exercise, which is considered to be the first of its kind in the industry, has worked to be less expensive than hiring consultancies. United Continental has been very proactive on securing its cyberspace. It strategic experiment to hire ethical hackers has thus opened the doors for more such activities by other airlines in the country. According to industry agencies, other airlines too are expected to carry out these large-scale, sleuth operations.

‘Bug Bounties’ was begun in May by United Continental Holdings Inc (NYSE:UAL). Within weeks of the launch of the program, the airline’s fleet was gutted twice, once again revealing large chinks of risks that the airline had. The technical glitches – locking out customers from checking-in and aborting the dispatch of flight plans, had reiterated the airlines risks.

The airline website claimed that the gift of free air miles to hackers who could pull-out cyber bugs and help in smoothening out the security is a small step forward to ‘bolster airline security.’ One of the higher paid hackers was Jordan Wiens whose tweet claimed that, he was awarded 1 million miles by the airline. The award was in-line with a flaw he helped detect; the flaw allowed hackers to gain control of the website of the airlines. Wiens in an interview commended the airline, stating bug bounties were popular in the IT industry and United Continental Holdings Inc (NYSE:UAL) move would likely trigger more such events.