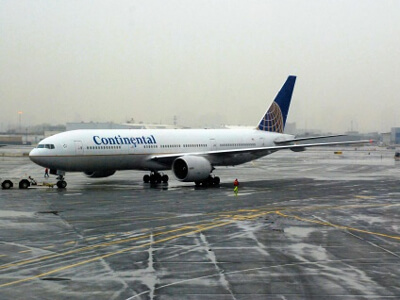 After struggling for many years, the U.S-based carrier United Continental Holdings Inc. (NYSE:UAL) showed improved signs of a turnaround in 2013. While total operating revenue for the fiscal 2013 improved by 3% to about $38.28 billion from $37.15 billion seen a year earlier, UAL’s fourth-quarter performance has also stayed ahead of analyst predictions. In addition, total operating expenses declined by 0.8% to about $9.09 billion over the year, aided by aviation fuel prices dropping 4.2%.

Net revenue for the fourth quarter rose about 7.2% to $9.32 billion from $8.7 billion a year ago, while also surpassing analyst predictions of about $9.20 billion. UAL saw significant increases of 5.9% in passenger revenue and 22.2% improvement in other services, though revenues from cargo services fell by 9.5%, all considered on an annualized basis. For the full fiscal year 2013, UAL had increased overall revenues of roughly $38.28 billion, an overall 3% improvement year-over-year.

United Continental Holdings Inc. (NYSE:UAL)’s full-year 2013 earnings of $2.84 a share exceeded analyst expectations of $2.72, soaring a considerable 78.6% from the corresponding quarter of FY2012. Furthermore, posting a profit-making $0.78 a share for its fourth quarter, United Continental Holdings Inc. (NYSE:UAL)  significantly surpassed consensus analyst estimates of $0.68 a share, as also the loss-making $0.58 a share seen a year earlier with ease.

Overall revamps and improvements in operations and customer service procedures are seen as the key contributors to the continuing profitability streak seen in four straight quarters in a row. UAL had earlier envisaged a $2 billion annual cost-cutting strategy in November and is still working on integrating its recent acquisition Continental into its current fleet. Meanwhile, UAL’s lowered revenue outlook for the current quarter has disappointed its investors United Continental Holdings Inc. (NYSE:UAL)  shares rose to $46.03 in their January 28 close from their previous $45.27, while after-hours figures surged further to $46.30.