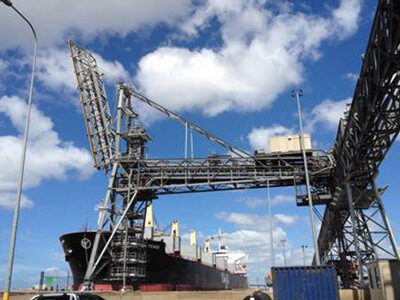 Dallas, Texas 09/17/2013 (Financialstrend) -In Monday’s trading Synergy Resources Corp (NYSEMKT:SYRG) stock dipped 3.41%.The opening price of the shares was $10.00 which was also the intraday high of and dipped to close at $9.64. Approximately 1.5 million shares were traded on Monday and the average volume of shares traded over a 30 day period was 0.555 million. The company has a market cap of $532.28 million.

Synergy Resources Corp (NYSEMKT:SYRG) has provided an update on the status of its operations post the flooding that took place in in Northern Colorado. Vice President  of Operations, Â Craig Rasmuson reported that the final assessment carried out  by the company has revealed that only a small percentage of the vertical-wells will be offline for a certain period of time. Once the locations have been completely opened up the operations at the wells will commence.

He stated that a major portion if the current production remains unaffected. In addition, production from the 1st four horizontal well on the company’s Renfroe pad has not been affected. There has been a temporary relay at the final-completion of the 5th well. That to will commence once the recompletion-equipment has access to that place. The Leffler pad drilling operations have not been affected by the floods and the company is right on track with the 4th well towards the end of this week.

The President and Chief Executive Officer of Synergy Resources Corp (NYSEMKT:SYRG), Ed Holloway, added that in view of the devastation that the citizens and communities in Northern Colorado and Front Range have suffered, the company plans on being part of the relief efforts that have been initiated by the Gas Association and Colorado Oil. He said that they are thankful that none of the company employees have come to any harm and they their dedication to the company and the community is appreciated.