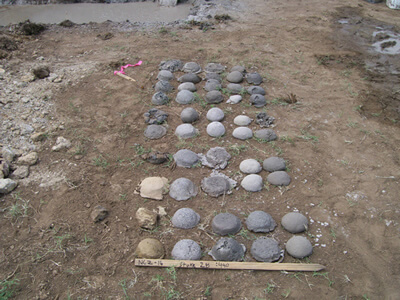 Dallas, Texas 03/13/2014 (FINANCIALSTRENDS) – Uranium Energy Corp. (NYSEMKT:UEC) filed its 2Q and first half of FY14 operations ending 31st January on 12th March to SEC. The firm explained that post the issues faced by Japan at its neuclear plants in the past two years, the spot price of Uranium metal is subdued and hence the company has gone slow in its production activities, thereby limiting the cost associated with pre extraction of the metal.

It reported a net loss of $7.1 million for the second quarter, which translates to 8 cents per share loss for the same time period. For the first half of 2014, the company recorded net losses to the tune of $13.05 million, which translates into 15 cents per share loss for the six months period. Costs for the 2Q had crept up to $6.3 million as against $11.1 million in 1H14. On a same quarter last year compare these 2Q figures represent a increase in the net loss by close to 2 cents per share, while the costs of operations came down by close to a $1.3 million in the same period of compare.

The company also reported no revenue from its Uranium extraction operations in the second quarter and first half of FY14. In comparison, in 1H of FY13, the company had reported revenue of $4.2 million in first half, and $2.09 million for the 2Q.

In a prepared statement to the analyst community aimed at explaining the efforts the company had put in to reign in cost of operations, Uranium Energy Corp. (NYSEMKT:UEC) Executives had disclosed that, “In Sep 2013, we announced our plan to align our operations to adapt to the existing uranium market in a challenging post-Fukushima environment, most notably the uranium spot price being at a seven-year low. As a result, uranium extraction at PAA-1, 2 and 3 of the Palangana Mine operated at a reduced pace during the six months ended January 31, 2014, while any further pre-extraction expenditures were deferred.”