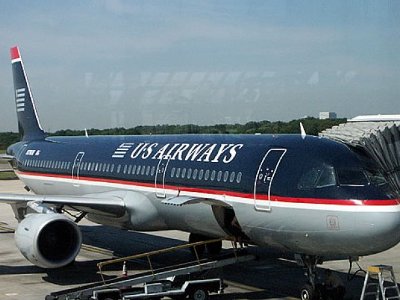 Dallas, Texas 11/12/2013 (Financialstrend) – As $4.49 billion market capped US Airways Group, Inc. (NYSE:LCC) along with its likely future business partner (the bankrupt) AMR Corp would be hoping that the slew of support their merger deal has been able to attract from State Governors cutting across party lines and trade unions from across the county would force the hand of the justice department. In what seems like a further addition to this mounting pressure on Justice Department to green light the stalled merger, a local low cost airline carrier Allegiant Travel Co has come out favoring the proposed merger. Andrew Levy, who is the low cost airline president has been quoted as saying, “We are hopeful that the merger between American and US Airways will actually go through, which we believe will create a bunch of new opportunities that will avail themselves to us. We anticipate that the merger would create a healthy network carrier that would focus on the needs of business and international travelers, opening up growth opportunities in U.S. leisure markets for leisure-focused carriers such as Allegiant.”

Readers should note that the U.S. Justice Department had blocked the proposed merger deal between AMR and US Airways in August this year citing possibility of a smaller airline getting created if the merger is allowed to go through in the present form. The Justice department has been insisting that the two companies which want to merge need to agree for downsizing the takeoff and landing slots which would be available at major U.S. airports for the merged entity. In a related development a U.S. judge had previously allowed key airline Southwest Airlines to file a court case asking for the proposed merged group to voluntarily shed slots at U.S airports.

In spite of its trouble with justice department with regards to merger, the stock has been gaining market value over the past 90 days.