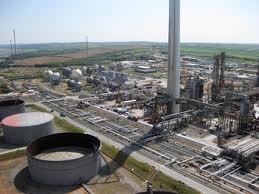 Dallas, Texas 01/17/2014 (FINANCIALSTRENDS) – Valero Energy Corporation (NYSE:VLO), the $27.58 billion market capped U.S based oil and gas producer with huge oil fields in the American midcontinent. The oil manufacturer had recently suffered disruption in production at its 195,000 barrels a per day production capacity, Memphis plant due to system shutdown caused by freezing temperatures brought in by the arctic winds blowing down mainland U.S. In spite of a drop in production, the management of Valero Energy Corporation (NYSE:VLO) would not be too worried about the impact of the drop in production on the firm’s productivity, since it is reaping the benefits of its strategic  location and ban on export of crude oil imposed by the U.S government.

Thanks to its easy access to light oil from North Dakota’s Bakken formation coupled with lack of sufficiently developed transport services, oil refineries like Valero Energy Corporation (NYSE:VLO) are able to buy crude oil at lower cost than what international oil firms have to pay to access crude oil from outside U.S. The pure play oil refiner then sells the gasoline and diesel it produces from these cheaper raw materials at international prices to U.S motor owners, thus accumulating windfall profits over the past two years.

Illustrating these observations are the numbers one can glean from Valero Energy Corporation (NYSE:VLO) first three quarters reports. These reports when collated indicate that the company’s midcontinent based refineries contributed close to 36 percent of the firms operating profits.

Probably, this explains why Valero Energy Corporation (NYSE:VLO) has been strenuously opposing any lifting of the export ban on Crude oil by the U.S government in spite of huge increase in country’s crude oil production. Its spokesperson has been quoted to have advocated that, “It makes more sense to keep crude oil here in the U.S.,” a company spokesman said last Tuesday. The current export controls, which largely prohibit exports of unrefined crude except to Canada, are “working well. The export ban has significantly reduced American dependence on foreign oil, kept U.S. refining utilisation high, and insulated American consumers from geopolitical shocks,” according to the spokesman.