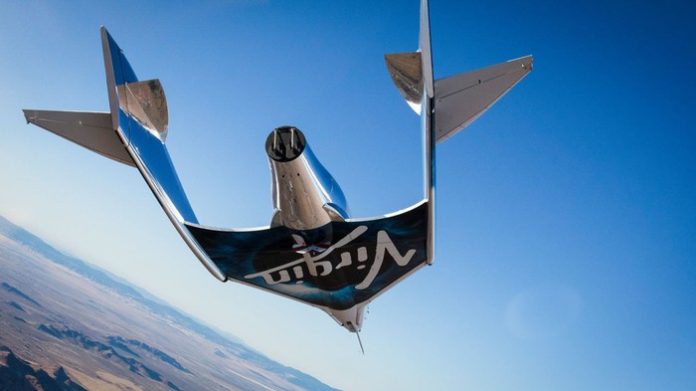 Virgin Galactic Holdings Inc. (NYSE:SPCE) is close to its first space tourism flight as it expects to finalize the remaining Federal Aviation Administration (FAA) milestones necessary for approval of spaceflights after finalizing one or two test flights.

As of May 2020, Virgin Galactic passed 24 out of the 29 FAA milestones necessary for licensing. The company equally has the objectives that it wants to meet that are different from the FAA milestones. Virgin Galactic successfully finalized a second flight test in New Mexico, which it believes will enable it fly again to space. It last completed a space flight in February last year before moving its spacecraft from a testing facility in Mojave Desert, California.

Virgin Galactic indicated that it needs to conduct more rocket-powered space flight tests before flying its founder Richard Branson to space, marking the start of commercial space tourism. The company told CNBC that after flying possibly one or two more rocket-powered space test flights, it is anticipated to clear the rest of the FAA milestones necessary to receive final regulatory approval for regular commercial spaceflights.

One of the company’s goals is to fly four of its staff to space on a spacecraft and two pilots who will be controlling the spacecraft. The company has previously flown Beth Moses, the chief astronaut trainers as a passenger on its flights, including another four pilots that are FAA-acknowledged astronauts.

In a note to investors, Vertical Research Partners’ Darryl Genovesi reiterated a Buy rating on Virgin Galactic stock with a price target of $29. Genovesi stated that the company’s next milestone will be revealing the spacecraft cabin. According to the company’s CEO, George Whitesides, the reveal of the cabin will happen as soon as in the summer, after which the company will resume rocket-powered test flights.

Virgin Galactic expects to fly NASA researchers and astronauts, an additional revenue source besides the current list of over 600 paying tourists.