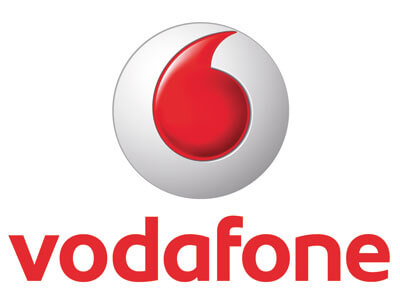 Dallas, Texas 01/30/2014 (FINANCIALSTRENDS) – Investors of British telecommunications behemoth Vodafone Group PLC (ADR) (NASDAQ:VOD) on Tuesday gave their approval for the global telecom conglomerate’s divestment of its net 45% equity stake in its collaboration vehicle Verizon Wireless along with American telecommunications giant Verizon Communications, Inc. (NYSE:VZ). The deal is currently pending regulatory approvals from England’s and Wales’s High Courts of Justice in addition to customary closing norms, while Verizon was approved in December by the U.S. Federal Communications Commission (FCC) for the acquisition.

Divestment and mutual equity allocation between Verizon and Vodafone

The disinvestment plan saw unanimous backing from more than 99% of Vodafone stakeholders and is slated to close during the latter half of February. Simultaneously, another equity allocation plan in which Vodafone Group PLC (ADR) (NASDAQ:VOD)’s shareholders will get to acquire up to 1.28 billion shares of Verizon common stock saw approval from Verizon shareholders.

The equity acquisitions are seen as mutually rewarding, with Vodafone’s stake disinvestment in Verizon Wireless touted as an unprecedented as well as the greatest single transaction involving value return to shareholders in history, while affording greater flexibility for Verizon Communications, Inc. (NYSE:VZ)’s investment in upcoming technologies as also consumer demands.

Verizon and Vodafone have been in talks since early September for the equity acquisitions that amount to approximately $130 billion and entail roughly $58.9 billion in cash, an additional $60.2 billion in Verizon equity, and the remnant $10.9 billion through smaller transactions. With this equity transfer, Verizon gets 100% controlling stake in Verizon Wireless.

Vodafone Group PLC (ADR) (NASDAQ:VOD) is likely to return about 71%, roughly $84 billion of the net proceeds of the $130 billion transaction, to its stakeholder community, with equity stocks forming two-thirds of it. The $130 billion deal marks Vodafone’s exit from the U.S. mobile market, ending its 14-year successful run in the country since it began operations in 2000.

Meanwhile, speculations are rife that the British telecom carrier, after divesting off one of its strongest divisions, could itself become a major target for acquisition. Vodafone Group PLC (ADR) (NASDAQ:VOD) shares closed their January 28 trade 1% higher at $37.17 from their previous $36.80, while after-hours figures notched up another 3.5% to $38.50.