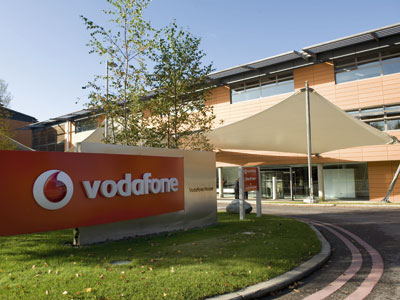 Dallas, Texas 12/11/2013 (FINANCIALSTRENDS) – Vodafone Group Plc (ADR) (NASDAQ:VOD) is a global wireless communication player with a market cap of $184 billion.  It has operations spread across 30 countries and has extended partnerships with close to 50 local network operators across the globe. Over the past few years it has been attempting to expand its operations into new like India and other emerging markets.

Concurrently, Vodafone Group Plc (ADR) (NASDAQ:VOD) is also attempting to exit from business and markets which it has deemed unviable and not core to its business. One such decision of the global telecom player has been to exit and monetize its 45 percent stake in Verizon Wireless to its competitor Verizon Communications Inc.(NYSE:VZ). The deal which is expected to net proceeds close to $130 billion for Vodafone Group Plc (ADR) (NASDAQ:VOD).

Readers should note that this deal was made public by Vodafone Group Plc (ADR) (NASDAQ:VOD) and Verizon Communications Inc. (NYSE:VZ) in early September and the fact is that American firm had been unsuccessfully attempting to buy out stake of Verizon. The deal is expected to be paid for in the form of cash and stock and the share holders of the British firm will be expected to benefit from the proceeds by end of March next year.

As per the timetable published by both companies yesterday, the entire transaction is expected to be completed by end of February next year. This will be preceded by the share holders of both Vodafone Group Plc (ADR) (NASDAQ:VOD) and Verizon Communications Inc. (NYSE:VZ) indicating their agreement to this deal via vote on January 28, 2014. These events are being kicked off post the go ahead the stake sell of approved by U.S antitrust and competition regulators.

Windfall For Its Stake Holders

Vodafone Group Plc (ADR) (NASDAQ:VOD) share holders are expected to be recipients of close to $84 billion proceeds out of the total $130 billion that is being generated out of the deal. The rest would be used by the telecom major to further grow and augment its resources.