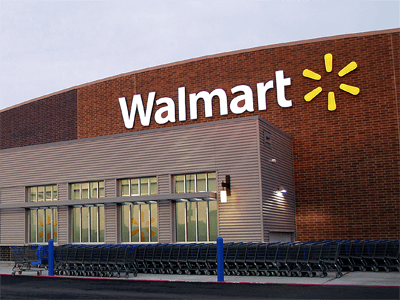 Wal-mart de Mexico S A B de C V (ADR) (OTCMKTS:WMMVY) retraced the previous day’s gain a bit as it finished the last trading session with a loss of 0.36%. The volume of the day at 212,000 was much higher compared to the daily average of 57,000 but that might be taken as a bout of profit booking on the part of the cautious investors. On the other hand, the bulls can feel just a bit worried as the initial price rejection came from the strong resistance area around $26.80, a dangerous place considering the overbought state. 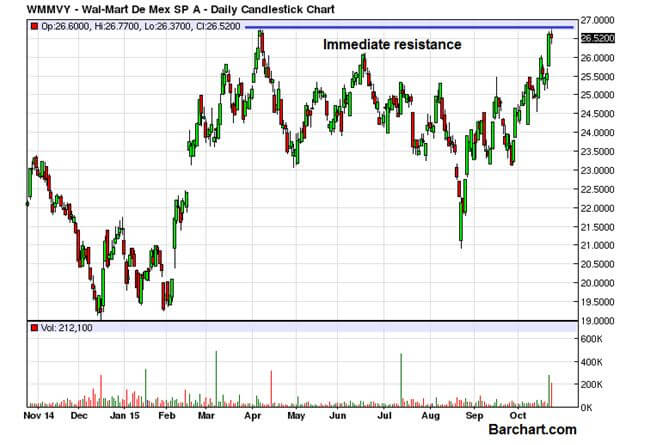 Not long ago, Wal-mart de Mexico S A B de C V (ADR)(OTCMKTS:WMMVY) announced financial results for 1Q2015. As per the reports, EBITDA for the year was recorded $9.8 billion pesos, which was 6.3% higher than previous years’ numbers. The EBITDA amount was 8.8% of total revenues.

A long investigation held by the government concerning Wal-Mart’s operations in Mexico has found very few major offenses; thereby freeing the company from past allegations. The report was first published in The Wall Street Journal. An earlier report suggested that Wal-Mart Mexico officials were to face criminal charges.

The current finding suggests that Wal-Mart will be free from these criminal charges by paying a decent fine. Another case that’s pending against Wal-Mart in India finds the company liable for violating many FCPA violations, a lot more than the Mexico probe.

Nobody from Wal-Mart has come forward to speak on this issue as of now.