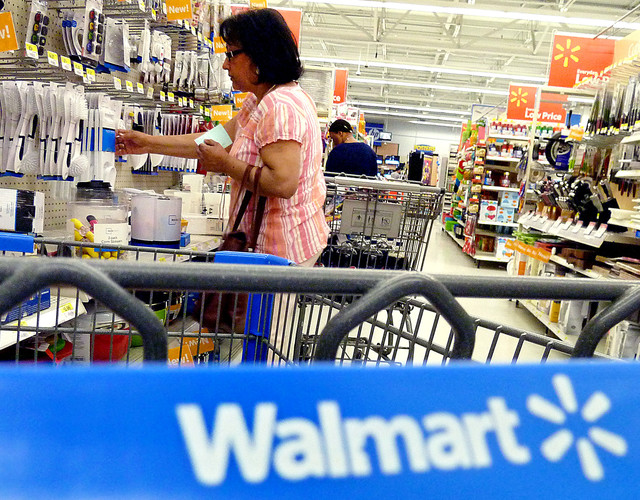 There has been more than 1000 complains through e-mail that the restocking at Wal-Mart stores are more challenging and widespread in comparison to the declaration done by this largest global retail chain.

Customers from various parts of the world, be it Hawaii to Florida or Texas to Vermont stated in email complaints to vent out their frustration, soon after a report was revealed  by Bloomberg in the month of March that there are not enough staffs in the stores of Wal-Mart to keep the stocks shelved properly. They even complained that there is lack of resource in other sections also such as cash registers, shoppers help and more. Responding to the report, spokesman from the retail chain, Brooke Buchanan said that to state it in a short form, the comments that came are from few people and is not correct. He declares that the allegation is incorrect and improper which is not to be accepted as representation of all the stores of Wal-Mart in various parts of the country.

The complaints in emails started to be flooded to the company mail box soon after the article about the shortage of staff at Wal-Mart got published. This continues even after one week from the news release, which were mostly from customers who had been loyal customers of Wal-Mart for long. It is observed that customers who once admired this retail chain for its service and customer support along with wide stock and low price do not find the company proper and customer friendly anymore. Many customers of this company even stated that they are currently paying more money and driving to further retail markets, even by avoiding the local Wal-Mart shops. Even shopping strategies have been planned by some consumers who feel that it is better to buy an ice cream at the last moment than melt it in the huge billing line.

Tony Martin who is the forklift driver and was once a loyal Wal-Mart customer of the Glen Carbon, Illinois says that the founder of Wal-Mart must be rolling in his grave watching this decline in his business.  The problem of Wal-Mart is considered to be rising from the troubles associated with labor forces and the struggle to keep the work going. It is observed there has been a huge cut in the employee numbers, approximately by 120,000, between the years of 2008 to 2013, as per the surveys conducted on this huge retail chain. At present the company is estimated to have around 1.3 million US workers, whereas Wal-Mart has added 455 stores to its chain, thus making for total number of 4,005 stores.

Employees of Wal-Mart say that they are asked to do much more work than their scheduled shifts, thus resulting in trouble of work resource.