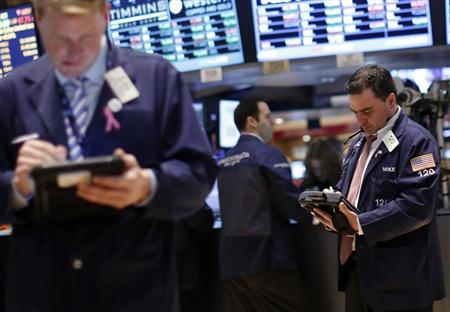 The stock market has noticed a remarkable growth in January. All the leading world indexes have touched record highs, and records seem to be breaking. Earnings of companies have exceeded expectations and labor markets are also becoming stronger. Housing sector of U.S. is also reflecting larger profits and seems steadier. Legislators of Washington do not seem to be coming in the way of profits, as they did in 2012. As a result, money is once again returning to stock funds.

After first time since 2004, S&P has climbed up for eight consecutive sessions and four straight weeks. On Friday index closed at 1502.96 points – highest closing in recent five years. According to Walter Zimmermann, a technical analyst of United-ICAP, these highs can take market to 1800 mark in next few years. This may become a start of healthiest profits so far.

This new year has brought dramatic increase in the cash inflows we are seeing in equity mutual funds. This thing helped S&P in maintaining it’s profitable position for eight straight weeks.

But that does not mean there are no concerns remaining. Of course, there are concerns; because without concerns, every market is incomplete. Well, that was just a joke. Coming back to the point, economic growth of U.S. has been steadier, but has not been as steady as many analysts hoped. The household unemployment rate is still high at 7.8%. And the biggest concern is this that more than 75% of stocks listed at S&P 500 are trading on their 26-week highs, which suggests that buying has come a long way, very fast. If something increases from a solid pace, then chances of it’s falling from a more rapid pace also increase by 50%. In other words, buying has come too long in a very small amount of time. Now if selling starts, then it will go far longer than that and from a more rapid pace.