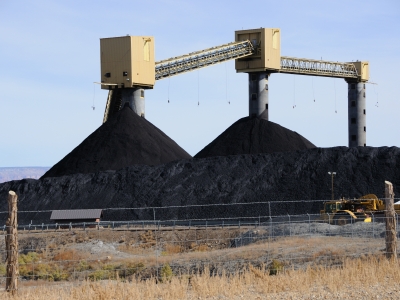 Dallas, Texas 10/16/2013 (Financialstrend) – Last week of September was a bearer of mixed news for Walter Energy, Inc. (NYSE:WLT). On the one hand long term investors in the stock were a happy lot thanks to upgrades announced in the prospects of the company by rating agencies. In fact the stock of this coal mining firm staged one of its smartest intraday rallies to post a 8.5% increase in its market valuation post September 25 Morgan Stanley’s positive report becoming public. Morgan Stanley had indicated that it was raising the price prospects for coal to $180/ ton. WLT revenue and profit margins have a strong correlation with the international pricing of coal.

On the other hand in what can be considered troubling news analysts reported during the last week of September that Chinese once insatiable demand for coal to fuel its burgeoning economy has been steadily coming down over the past few months. Analysts link this fall in demand from China to a relative slow down the globes second largest economy is experiencing over the past couple of quarters.  Also important to note for long term investors of Coal mining and manufacturing companies is China’s stated goal to significantly shift its energy consumption patterns. The Chinese government has set itself a 2015 goal to wean itself away from using environmental degrading fossil fuels significantly and encourage using green and renewable energy sources like solar and wind energy. Another key reason for drop in Chinese demand for coal is the significant improvements that Chinese coal mining firms have managed to achieve producing clean and cheap coal.

For now the stock of KOL is riding high on the rating agency prediction that long term coal prices will appreciate and remain steady. During trading last week, Walter Energy stock has appreciated by a significant 11% and by close to 16.8% in the past one month.