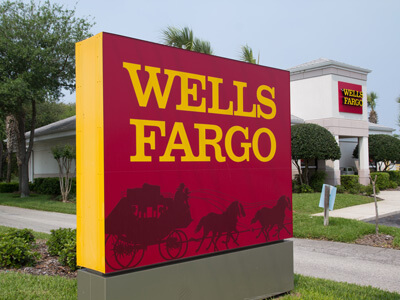 Dallas, Texas 04/17/2014 (FINANCIALSTRENDS) –  Wells Fargo & Co (NYSE:WFC) reported strong increase in net Income during 1Q, when it reported results for its 1Q operations which ended on 31st March.  Net income went up by 4.5 percent to peak at $5.9 billion, in comparison to 4Q13 and by a super impressive 14 percent in comparison to 1Q13.

This increase in net income was offset by a 3 percent dip in overall revenue in 1Q. Revenue for the reporting quarter came in at $20.6 billion as against the $21.3 billion it had brought in 1Q13. The dip in income was linked to the net interest income coming down due to lesser number of working days in the quarter. Earnings per share came in at $1.05 which translated into a 14 percent increase over its 1Q13 figures and was well above the $0.97 earnings which analysts had predicted ahead of the earnings call.

CEO John G. Stumpf in his comments post the earnings call has been quoted to have said that, “Our net income increases demonstrated the strength of the bank’s diversified business model. I’m optimistic about further optimistic growth.”

The net income gains came in spite of a huge decrease in the bank’s new mortgage offerings to bottom out at $36 billion as against the $50 billion it had managed to farm out in 4Q13. This was offset by a 16 percent increase in its auto loans disbursements, which went up to $7.8 billion. Its average deposit corpus went up 9 percent to hit a peak of $1.1 trillion.

The financial behemoth also indicated that its board of directors led by its Chairman of the Board, President and Chief Executive Officer John G. Stumpf has laid out plans to funnel back a huge $24 billion in cash to its share holders over the next four quarters.