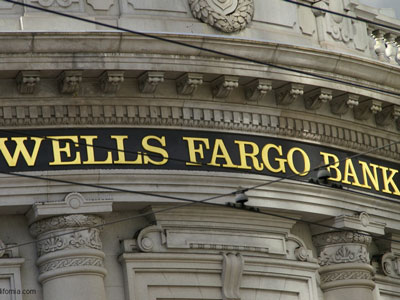 Dallas, Texas 08/28/2013 (Financialstrend) – Recently the leading investor Warren Buffett had increased his holding in the stock of Wells Fargo & Co (NYSE:WFC) which had turned the attention of many individual investors to this company. It was reported that he had purchased around 5 million shares of the company to increase his position in the stock by around 1.1%. It had been reported that Buffett had aimed to earn from the strong potential for growth presented by this company, primarily attributed to the fundamental developments in the business operations.

It had recently been noted that Wells Fargo & Co (NYSE:WFC) stands second in position among its industry competitors in terms of percentage change in the Return on Equity. This indicates that the bank had proved effective in its usage of the capital to generate profits to its shareholders. Further, the bank holding company had also worked towards effective diversification of its portfolio of services in the recent years which had proved significant to reduce its risks. Such strategy of diversification along with stringent internal standards implemented by the company to protect the consumers from older credit practices had proved effective to boost up the profits of the bank.

Shares of Wells Fargo & Co (NYSE:WFC) had presented loss on Tuesday to close at $41.11 per share, a negative move of 3.02% over the previous close. The stock’s price movements on the day were observed to be in the range of $41.04 to $41.91 per share. The stock had recorded the lowest price in 52 weeks at $31.25 and highest price at $44.78 per share. The stock had attracted around 19.23 million trades on Tuesday, while the average trading volume for the past one month had been at 16.84 million shares per day. The company has 5.32 billion outstanding shares and 77% of institutional ownership.