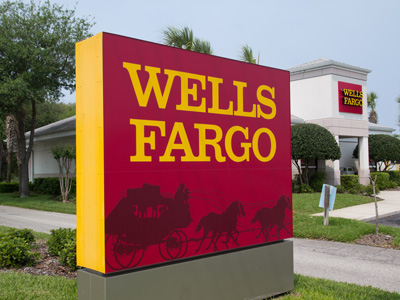 Dallas, Texas 12/23/2013 (FINANCIALSTRENDS) – Wells Fargo & Co (NYSE:WFC) is expected to keep its fifteen thousand strong advisor teams across the US happy in 2014.  Reports of the national banker opting to increase the bonuses of its brokers in the next financial year is definitely been doing the rounds, this season. The bonus would be staggered – brokers who bring in $300K are expected to see 8.25% increase, while those who could breach the $2.1million barrier, can see an increase of 11%.

The increase in bonus is expected to retain brokers as Morgan Stanley Wealth Management as well as other banks become more aggressive.

Meanwhile, banks are expected to see stronger guidelines by the Federal Bank on the subject of being able to absorb financial crisis. Apparently, the Federal bank will be using the estimates they have generated to test banks on their ability to handle stress. Thus far, the stress tests were based on data that was provided by the firms themselves. The central bank, it appears, may take the approach that banks during recession would ideally grow their assets, similar to what has happened in the past three recession periods. Therefore, banks may now be expected to hold more capital to absorb losses made during recession.

Wells Fargo & Co (NYSE:WFC) it appears is experimenting with a new range of banking spaces for its outlets. For one of the largest retail bankers in the country, the new-look branches would be in the size of 1,000square foot.

That this will be a transition with management’s backing is for sure, as the announcement to down-size carpet areas for its branches was made by the Chief Executive Officer John Stumpf. The bank has been driving at minimizing the retail spaces of its branches ever since online services have been introduced. Ever since 2009, the number of branches the bank operates itself has come down drastically, with just 6,172 branches now.  Typically, Wells Fargo & Co (NYSE:WFC) branches were of 116 M in size. Now they are 92 M feet and are headed for further down-sizing without fail.