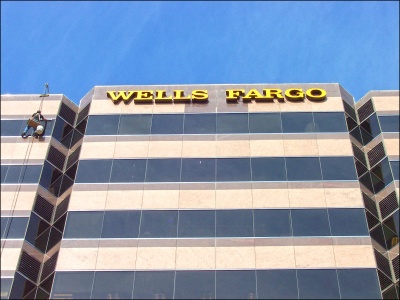 Dallas, Texas 12/13/2013 (FINANCIALSTRENDS) – Wells Fargo & Co (NYSE:WFC) is an S&P 500 index tracked holding company for financial institutions. It has organized its business across three broad business divisions. These are “Community Banking, Wholesale Banking and Wealth, and Brokerage and Retirement”.

Yesterday the company was at the receiving end of some bad news from the investigating agencies who are looking into the mortgage crisis. As per Manhattan federal judge who is trying the year old case pertaining to fraud committed by the country’s biggest mortgage lender it is likely that one of Wells Fargo & Co (NYSE:WFC) top executives Kurt Lofrano who is serving as a Vice President is liable to be roped into the court proceedings as a defendant. Mr Lofrano has become the first executive from the company to have been named publically as a defendant.

Readers should note that he “U.S. Department of Justice” had charged    Wells Fargo & Co (NYSE:WFC) in general and some of its executives in particular of deliberately misrepresenting facts in front of “Department of Housing and Urban Development” to the effect that housing loans provided by the company were of good quality. This certification had led the Government agencies to offer government backed insurance to the loans which in due course of time were found to be caustic and led to the tax payers losing out millions of dollars.

The justice department has submitted in front of the court that Mr Lafrano had played a “critical role” in dissuading Wells Fargo & Co (NYSE:WFC) from disclosing close to 6000 identified defective loans to the Department of Housing and Urban Development which had been initially been certified as credit worthy by the bank to receive insurance from Federal Housing Administration. It has been alleged that due to Mr Lafrano omissions and commissions in the discharge of his duties as head of quality control the Department of Housing and Urban Development ended up losing close to $189 million in the form of insurance it had to pay out for non worthy loans.