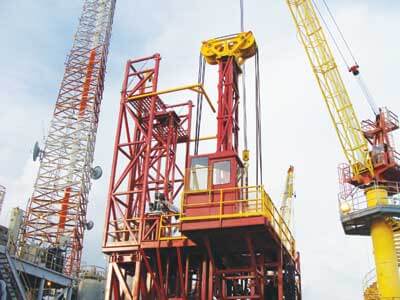 Dallas, Texas 05/20/2014 (FINANCIALSTRENDS) – Weatherford International Ltd (NYSE:WFT) has now completed around half of the 6,600-job downsizing plan in its global workforce, said the oil-field services company last week. WFT has now provided any information about the locations for its completed or the planned job reductions. This Geneva-based company is 1 of the largest employers in Houston and it has over 3,800 workers in the area, as per the Houston Chronicle survey that has been published in 2013.

In Securities & Exchange Commission filings last week, WFT said that at 2013 end the company had 67,000 employees. The filing last week’s stated that the workforce reduction in its Q1 had resulted in the pre-tax and annualized savings of $263M. The company also projected eventual savings of $500M from these job-cuts, that they stated will all l be “substantially-completed” in the Q2. The company officials couldn’t be reached for any comment Thursday. Weatherford International Ltd (NYSE:WFT) disclosed its planned workforce-reduction of around 7,000 in its 2014 January filing with the SEC filing. WFT said that this is a very- important step in making its cost-base more efficient.

The company is also identifying & exiting locations that are under-performing. While the restructuring actions will all involve 1-time severance & re-structuring costs, the end-result will be a much leaner & fitter company, and better equipped to deliver the higher margins with top-line growth stated the company. 2013. The Company is a provider of its equipment & services that is used in drilling, evaluation & completion as well as the production and the intervention of oil & natural gas wells. WFT operates 4 different segments: 1- North America, 2- Latin America, 3- Europe/West Africa and the former Soviet Union & the Middle East/North Africa/Asia. Weatherford Switzerland also conducts all the operations via the subsidiaries, including the Weatherford Bermuda & Weatherford International.