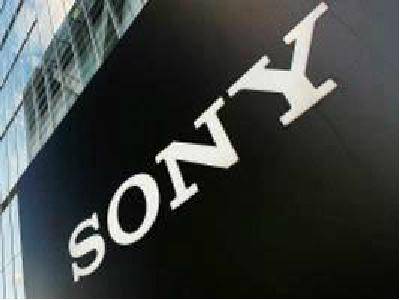 Dallas, Texas 12/02/2013 (Financialstrend) – The console wars between Sony Corporation (ADR) (NYSE:SNE) and Microsoft Corporation (NASDAQ:MSFT) have already begun in the United States in earnest and the technology  world, analysts and gamers alike are all waiting to see who emerges the winner. It’s too early to say who will emerge victorious but the 2nd phase of the battle is also now underway. Sony Corporation (ADR) (NYSE:SNE)’s PS4 has now hit Irish stores. It was already on U.S shelves for a 2 weeks now and will be running in line with Microsoft Corporation (NASDAQ:MSFT) during this holiday season. The latter’s Xbox One got a head start of one week in Ireland.

The launch events for the PS4 were conducted at midnight across the country as same-stores opened shutters early in order that gamers purchase their next console acquisition. There were some invite-only events and these were specifically for customers who had per-ordered the consoles. The PS4’s graphics are more powerful that the PS3 and has some interesting new features like the functionality to stream a gaming session over Twitch, the online service.

Sony Corporation (ADR) (NYSE:SNE) had an entire library of 20 1st & 3rd-party games at launch. By the end of 2013, this number is expected to hit 30. The company is focusing on the games element in its latest console and is also making every effort to attract Indie game developers. The Xbox One is retailing at €399 and is not as expensive as the PS4. The cost factor definitely gives it an advantage over the rival console.

Pre-orders were in full-swing

Hardcore gamers and fans had preordered the PS4 months in advance just to make sure that they would be the 1st to get them in the country. Sony Corporation (ADR) (NYSE:SNE) said that all the stores were not accepting orders in advance and is projecting that the supply will drop even as Christmas approaches. The PS4 has fared pretty well so far and almost 1 million of them had been sold and many customers were left disappointed. In Europe, the scene was a little different and faced inventory problems soon after the launch date and there is a definite chaos on the cards.

The only good news is that Sony has managed to get another supply of PS4S, which might save the company some confusion. The Xbox One is also going strong in many countries. It was launched in Australia, Brazil, France, Britain, and the United States. Fans of the gaming console waited eagerly in front of electronics stores and it was launched first in new Zealand while the Australia launch came next. To mark this launch, the iconic Sydney Tower turned to an Xbox One green and a 3D-projection was beamed onto the water below the Sydney Harbour Bridge.