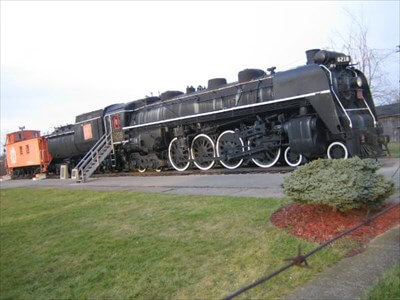 Dallas, Texas 07/20/2015 (Financialstrend) – Canadian National Railway (USA) (NYSE:CNI) is to post its second quarter earnings on July 20 with the Street waiting to see what it has to say on its operating ratio, its freight capacity as well as it plans for growth.  Favorable rail pricing and improving operational efficiency as well as terminal capacity expansion are some of the things to watch out for as the company remains susceptible to changing oil prices and coal demand.

Declining oil prices is believed to have compelled many powers generating plants to substitute coal with cheaper natural gas. Canadian National Railway (USA) (NYSE:CNI) is a key transporter of coal. The company’s operating ratio dropped to 65.7% in the last quarter attributed to a milder winter compared to the previous year.  Second quarter was less affected by weather conditions, expected to result in an improvement on this metric.

The street will also wait to see how many tons of freight the company shipped in the quarter as this metrics is known to drive operational efficiency as well as profits. By shipping goods farther distances, Canadian National Railway (USA) (NYSE:CNI) should be able to generate more revenues expected to result in better earnings

Expansion in the Gulf of Mexico

Rail road’s being highly capital intensive, there are calls for a strike between spending in expanding the rail network while also trying to maximize profits. Canadian National Railway (USA) (NYSE:CNI) plans to increase its capital expenditure for the year by $100 million. The company has already announced plans to expand its presence in the Gulf of Mexico ports that could translate to more capex expansion

Canadian National Railway is keenly eyeing the Gulf of Mexico as it is expected to experience an increase in freight service as the Panama Canal continues to be expanded. This is expected to act as a source of sustainable growth going forward.

Over the past decade, Canadian National Railway (USA) (NYSE:CNI) has increased its dividend offering waiting to see if it will replicate the same this quarter. The company has also aggressively repurchased its stock waiting to see what plans it has for the same this time around.