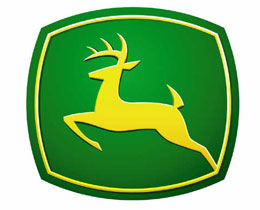 Deere & Company (NYSE:DE) the largest manufacturer firm of agricultural machinery across globe is indefinitely laying off more than 200 workers at its Illinois plant following the weak demand for its products.The employees at seeding and cylinder plant in Moline will be laid off effective February 15, 2016. Deere projected last week a third consecutivedrop in full-year sales.

Deere & Company (NYSE:DE) projected FY2016 profit and reportedfourth-quarter financial numbers surpassing analysts’ projections even as lower crop prices lessen the funds that growers have to purchase tractors and combines. The net income for the fiscal through October is projected at nearly $1.4 billion compared to the analysts’ estimates of $1.39 billion. Equipment sales is expected to decline for third consecutive year, falling nearly 7%. Stephen Volkmann, an analyst said that it appears like a big beat, who advises holding the shares.

Deere & Company (NYSE:DE) reported that net income in the fourth quarter declined to $1.08 a share compared to $1.83 recorded in the same period, a year earlier. However, it is better than the 75-cent average projection of analysts. Equipment sales declined 26% to $5.93 billion, lower than the average estimate of $6.13 billion. Inventory reductions and cost cuts measures over the last couple of years helped the company’s to sustain its margins. The fundamentals of the firm still remains unchanged.

Unlike Volkmann, Larry De Maria of William Blair & Co. suggests selling Deere & Company (NYSE:DE) shares. The drop in prices for soybeans to corn has spurred farmers to reduce on purchases. The U.S. farm cash receipts is expected to decline to 8.2% in 2015 from $394.7 billion a year earlier and is expected to remain unchanged in 2016. It should be noted that farm cash receipts in the U.S. is a major indicator for equipment sales.