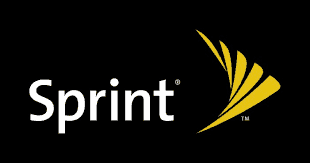 The stock price of Sprint Corp (NYSE:S) declined more than 8% on Monday on massive volume after Bloomberg posted that a potential stock-for-stock deal with T-Mobile US Inc. won’t provide much of a premium for investors. SoftBank Group Corp. is prepared to accept a deal that would value Sprint close to its market price. The two companies haven’t agreed on exact agreement terms, said the people, who requested not to be identified because the talks are private.

In unrelated news, Sprint engaged a lobbying company with close associations to U.S. President Donald Trump’s administration on September 1, adding to its constant of federal lobbyists as it approaches an agreement to merge with T-Mobile US Inc. According to the disclosure, Ballard Partners will lobby on general government regulations and policies, which did not disclose financial details. The company established by Brian Ballard joins a long list of Sprint contracted and in-house lobbyists.

In the initial six months of 2017, the company had spent amount of $1.2 million on lobbying in Washington. Ballard helps leads the Republican National Committee’s fundraising. A lobbyist stated as the Ballard Partners contact on the company’s account didn’t respond to a comment request. Sprint declined to give an immediate comment.

T-Mobile is approaching close to agree on deal’s tentative terms with Sprint that would combine the fourth and third largest U.S. wireless carriers. The deal would notably consolidate the U.S. telecommunications segment and represent the first transformative U.S. deal with notable antitrust risk since Trump’s appointment in January.

Trump has been openly critical of suggested larger corporate mergers in spite of boasting himself as business friendly. In January, Ballard started a Washington outpost of his lobbying activity. Susie Wiles, is also an associate of the Ballard Partner’s Washington office, however is not stated as working for Sprint.