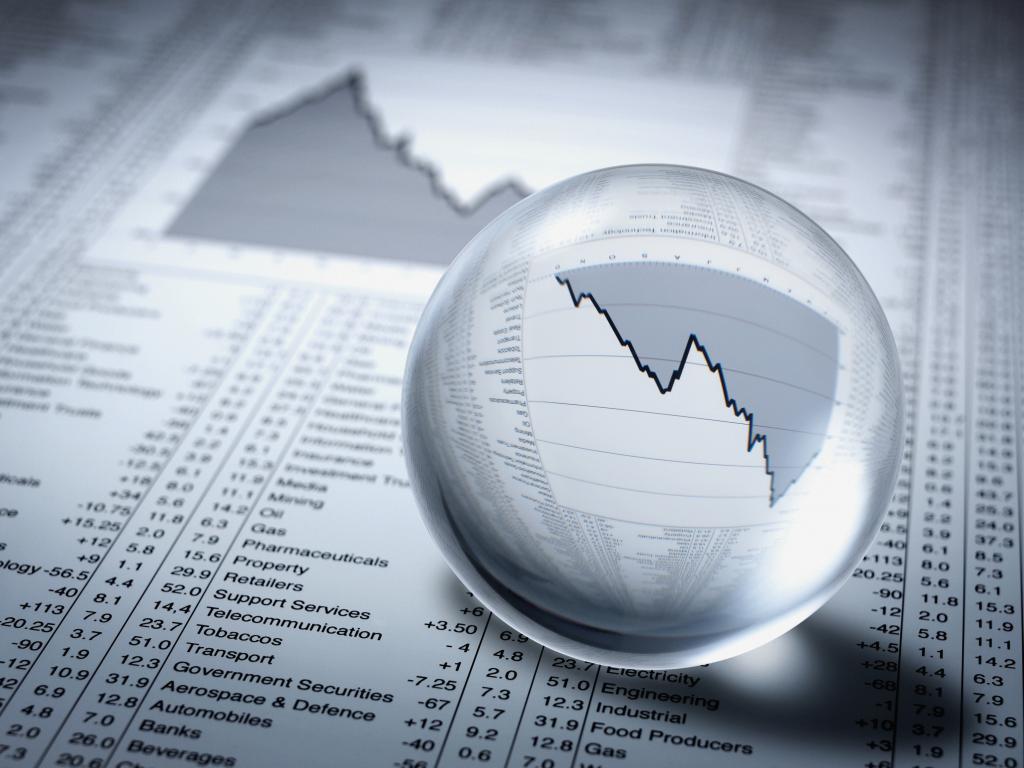 iPath S&P 500 VIX Short Term Futures TM ETN (NYSEARCA:VXX) was a notable mover during Friday’s trading session. The volatility ETN was higher by close to 1% indicative of traders sensing increased volatility in the coming trading sessions. The moving averages for the ETN have formed a “death cross”, which is seen as a bearish signal. The relative strength index for the ETN continues to trend sideways indicative of the lack of direction and inherent weakness at the moment. Trades believe the ETN would find resistance near levels of $20.81 while finding support at levels of $17.82 in the near term. 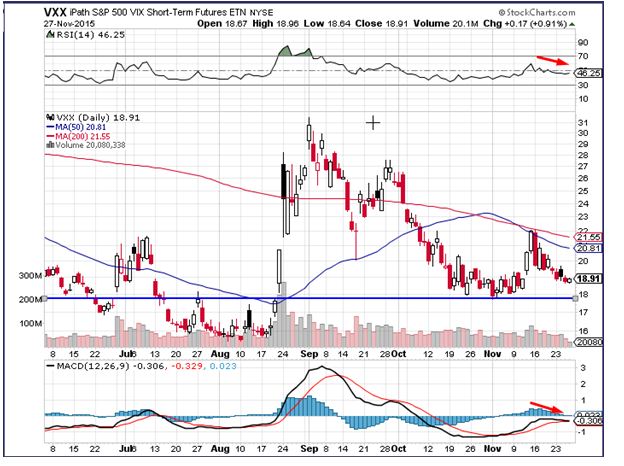 Historically, the holidays offer a brief period of declining volatility. However, this time it is difference as this time December comes with unknowns which will decide whether stocks finish nice or naughty this year, and it is equally applicable for iPath S&P 500 VIX Short Term Futures TM ETN (NYSEARCA:VXX). Volatility has taken a direction and is approaching closer to backwardation.

During the last bout in volatility, iPath S&P 500 VIX performed well and managed to trade above the lows recorded in August. Generally, this time of year brings joy for inverse volatility products including the VelocityShares Daily Inverse, but this December the rally may face a hurdle following the expected Federal Reserve rate hike in mid-December.

The last jump in volatility came after the Federal Reserve decided not to raise interest rates in October’s Fed meeting. This was considered as a weak indication for the U.S. economy and investors were happy to sell off stocks to record the first strong correction since 2011-2012. This increase in volatility resulted in a long period of backwardation.

It seems that solid jobs data has given the Federal Reserve a base for a December rate hike. This was evident as financials gained for a couple of trading sessions. After recording gains for short-period, they declined following the news of changed capital rules. Retailers stock were hit hard after weak financials guidance from Macy’s (NYSE:M).

The mid-December expected government shutdown may bring problems for iPath. The government shutdown and gridlock in politics are not of any use but those events eventually help traders to make easiest money on volatility trades. In last government shutdown, the iPath ETF took a plunge and considering the last momentum most of the traders would be looking to create short positions on iPath.