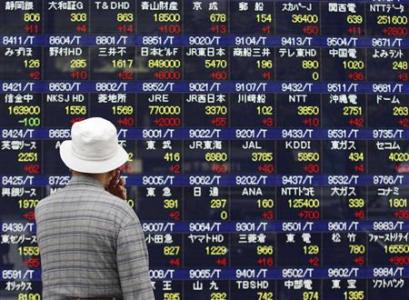 Due to encouraging remarks from European Central Bank, on Friday Euro rose to it’s highest mark of 8 months against dollar. On the other hand, a grooming overall economic outlook also gave strength to world stock market and market touched the highest level of 20 months. A big and nice stimulus plan in Japan also gave strength to the hopes of a stable economy. But Chinese inflation and a probably possible drag from debt ceiling fight in Washington also increased concerns about global demands.

Charles Plosser, President of Federal Reserve Bank, Philadelphia, repeated his outlook on Friday and said that U.S. economy will grow around 3% in 2013. He also said that jobless rate will go down to 7% by the end of this year. Nearly similar comments were also received from ECB president Mario Draghi, regarding European economy. According to him European economy is set for a recovery in 2013 and global growth rate may also create momentum in this year.

Boeing shares suffered from a loss of 2.5% and slipped on $75.16, due to the news of problems with it’s Dreamliner Jets. The 4th biggest U.S. bank Wells Fargo reported record profits for fourth quarter’s business, but regardless of that news traders focused on weaker interest margins and bank’s shares fell down to the point of $35.10, by 0.85%

It seems like the solid start of stock market in this year was a result of cash flood from fund managers who were thoroughly looking for better returns in the current low interest rate climate. Investors of U.S.-based funds invested $7.53 billion in stock mutual funds, which is the biggest amount since 2001.