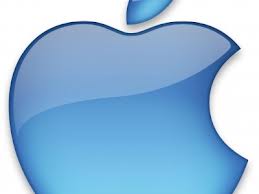 The representatives of the United States electronics company, Apple, Inc. presented themselves in the Shanghai court of China for an intellectual property rights case on Tuesday. The case involved the software used from Apple’s, Siri, its voice-activated digital assistant.

Shanghai Zhizhen Network Technology Corporation, a developer of a voice technology known as Xiao i Robot, alleged that Siri has broken the patent filed by Shanghai Zhizhen related to “a type of instant messaging chat robot system”.

The chairman of Shanghai Zhizhen Network Technology Corporation, Yuan Hui, said that the company noticed the digital assistance of iPhone 4S, Siri, copied the artificial intelligence technology of Xiao i Robot, when it was launched in 2011. As a result, the company has reasons to protect its rights, since it is a part of a national enterprise. Mr.Hui said that the company filed for the patent for its software with State Intellectual Property Office of China in 2004 and received its approval in 2006.

Apple acquired Siri in 2010, producing the mobile virtual assistant since 2007. Apple incorporated this technology into its smart phone, iPhone 4S in 2011. Now Mr.Hui said that his company negotiates an agreement with Apple.

Yuan Yang, attorney of Zhizhen from DeBund Law Offices, said that according to this proposal, the company and its local subsidiaries will have to stop selling, manufacturing and using products with the technology of Siri in any system newer than Apple iOS 6, which includes iPad 3, iPad 4, iPhone 4S, iPhone 5 and iPod touch 5.